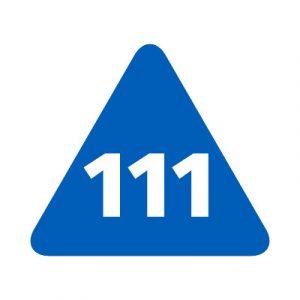 Leave your own rating »

If NHS 111 would like to respond to any of the comments, email info@healthwatchbucks.co.uk

Very long wait to speak to someone. Good advice given and I was advised to ring back to update in a few hours but it was impossible to get through. My son vomitted after a head injury and I agreed to monitor him at home and update but was not able to get through to update. Luckily he was fine as it turned out to be a tummy bug and not concussion.

Terrible service, my 2 year old grandson had a fall and knocked his two front teeth out. He was bleeding profusely. We rang 111, they told us that an appointment had been made for him ar Wexham Park Hospital. When we got there, they refused to see him saying it was dental and they didn’t do dental. They didn’t know if he had sustained a head injury when he fell. They wouldn’t even see him or give him pain relief.

Exactly the same thing happened the following morning when we tried again.

In the end we took him to a private dentist and paid £480.

Rang 111 to get some help for my brother. After 45 minutes they answered the call, assessed my brother and said a doctor would call within 30 minutes or an ambulance would come over within two hours. After waiting for five hours (YES FIVE HOURS) no phone call no ambulance! Is this acceptable in 2022?

Having said that, what’s the point to have this useless and careless service up an running? Why are we wasting taxpayers money on such a useless service? Isn’t it better to go straight to the hospital and maybe if you’re lucky you’re seen by a doctor within five or six hours?!

Took me 2hrs 55 minutes to get through to the dental side regarding concerns about my 4 year old daughter and a possible abscess in her mouth. She was only discharged from hospital yesterday after 4 days in (including one in intensive care)

Dental appointments open at 8am! Ring back then!! Will it take me 3 hours to get through? Probably was her totally unsympathetic answer!

I asked could I explain and see if she can give me advice and no was the answer! Beyond upset and disgusted!

South Central Ambulance Service (SCAS) run the 111 service in Bucks. Our complaints guide has details of how to contact them (https://www.healthwatchbucks.co.uk/complaints/south-central-ambulance-service-foundation-trust-complaints/)

After being advised by 111, my wife took her 94 year old mother who had complained of heavy bleeding when urinating to High Wycombe General UTC. It was about 23:00 and closed. I would have thought 111 new that, obviously not.

My mother who suffered from vascular dementia fell in the house and was in severe pain. . I called 111 and the call was escalated to a ambulance call. The crew were very professional and immediately built a rapport with my mother, who was still in pain. They spent a long while trying to work out the path out of the house that would cause my mother the least pain, as gas and air was not helping. They kept her comfortable and always informed her what was going on.

Rate and review this service

Your name and email address and other identifying information will not be published and will be stored in accordance with our privacy policy. Required fields are marked with an asterisk. All comments are checked against our comments policy before they are published. 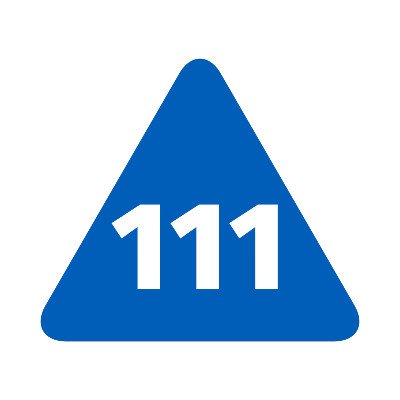 How does the Care Quality Commission rate NHS 111?

I went to the UTC in High Wycombe in May 20. 2 days later I was taken to Stoke Mandeville as an emergency with an infection amongst other things. Draw your own conclusions about the UTC diagnosis, but when I woke up in ITU at Stoke the ITU team laughed at my experience at the UTC.