‘Ask NHS helped me get me an appointment with my GP’

We spoke to Colin about his experience with Ask NHS 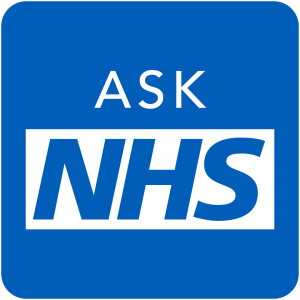 Where did you hear about Ask NHS?

I called my practice to ask about a condition that I was suffering from. I had a dreadful night sleep and I realised that this just can’t go on. They prescribed some inhalers for me about 2-3 months ago and during that time occasionally I have been having terrible nights of anxiety and not sleeping well. That particular night, last week it was horrendous.

I was getting slightly frustrated when for two days I was unable to get an appointment until the receptionist suggested that I google Ask NHS, download the app from the app store and raise my concern there. She asked me if I would give it a try, which I did.

How was your experience of finding and downloading Ask NHS?

It was fine. No issues at all. It was easy to use. The most complicated issue I had was I didn’t know how to explain what I have been suffering from; however, it kind of led me through the questions to the point where it said, would you like a doctor to call you? And lo and behold, within half an hour an actual doctor called me.

I thought it was going to be complicated for me to explain to an animated person about what my problem was but the questions that were asked took me to a good place. When it came at the end that the doctor will call you I thought wow, that’s amazing.

How happy were you with the outcome?

It was excellent. I have told a number of people about it since. I was just led by the questions that were asked. Not sure how it works but all I can say is that it worked perfectly well for me.

Have you used the other features in Ask NHS?

No, I have not as I did not feel the need to use them. I have used the symptom checker that directed me through a series of questions and resolved my problem.

Would you use it again?

Absolutely, If I need to. My wife has already downloaded it. I got up in the morning and by half-past nine, I had gone through the questions on Ask NHS and got a call from the doctor. What better outcome can be than this? I was shocked and pleasantly surprised at how well it worked.

What was your method of contacting your GP surgery before Ask NHS?

Prior to that, I would phone the doctors and explain what my problem was. I would still ring the doctors but I would have no scepticism in going down the Ask NHS route.

If you are directed to self-care would that outcome satisfy you?

Yes of course I would. Currently, my wife has got a sore toe, an ingrown nail, so she has googled it. Now she would use ASK NHS. So I think a lot of people out there will use it. When you google it you leave it to your own interpretation of how you use the information that Google has given you whereas if you go down the Ask NHS route, for instance, I have a sore toe, that would probably direct you onto doing something else. I have had an excellent experience of using Ask NHS.

Please get in touch with us if you have any feedback about Ask NHS. This feedback can be positive or negative. You can submit feedback here on our website. Please note, you will need to leave this feedback under your GP surgery and advise us that it is about using Ask NHS.

What is Ask NHS? 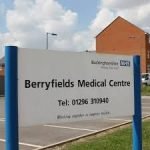