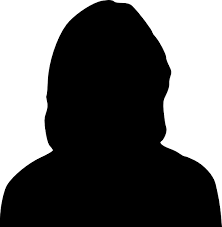 Why did you need to access information/ advice about a health or social care service?

My husband and I both had high fevers, coughs and other symptoms. After using 111 online for a week, it no longer seemed to address our deteriorating conditions. All of the national messaging at the time (March), was that the epidemic was rising and we must not overwhelm the NHS.  But as our conditions deteriorated we needed to talk to someone to get advice as what we should do.

What has been good about the information/advice you accessed?

111online was our first port of call. Initially, it seemed very helpful as it took us through the symptom checker and gave us advice. But as noted above and below, it wasn’t helpful after we passed 7 days.

After 10 days of the fever etc when 111 online seemed very unhelpful, I phoned my GP surgery for advice. For some reason, they said the clinical pharmacist would be the best person to talk to. When she rang back she seemed to know even less than we did about what to do if you didn’t get better after 7 days. In fact, despite a persistent high temperature and no runny nose at all, she said she thought I probably had a cold!  The best thing was that she told me to phone NHS 111 – so I felt I was authorised to do that despite all the national messaging that switchboards were being overwhelmed and to avoid calling 111 if possible.

Phone calls to 111 online were tricky – we both had to through symptom checks several times with different people, we were told clinicians would call us back, we waited hours, our BT went down (both broadband and landline) in the middle of a 111 call.  Eventually, we had both spoken to different 111 doctors and had been given advice which we then followed.  Although our symptoms were the same, the information and advice we were given, was slightly different.  A really good thing was that my husband was told the “red flags” to look out for and what would indicate that we needed to call 111 again. This latter information was really helpful. We didn’t want to call unnecessarily – but also didn’t want to leave it too late.  And the national info about what it is actually like to have the virus and how it progresses was very misleading at the time.

I phoned my GP again after 3 weeks when my fever had subsided for several days but I couldn’t stop coughing. All the 111 online messaging seemed to suggest that you would no longer be infectious at this stage and should be back at work. But I was very weak and couldn’t stop coughing. This time I got to speak to a GP (not the clinical pharmacist) and he was very helpful. He quickly decided that I had a chest infection, arranged for antibiotics and signed me off work for another week. This was a great relief, and I gradually got better after that.

Is there anything that stood out?

Were there any negative aspects?

As above, plus, we both found that the fevers would be present for several hours, then subside for a few hours and then return. On day 8 my husband woke, his temperature was normal, and the 111 online protocol said he no longer needed to self isolate and could go out now for essential journeys. He went into his office to pick up some things he needed for online banking and other financial things as he was very anxious about getting staff salaries paid etc. By the time he came home a few hours later his fever was even higher and he was shaking. His condition continued to get worse over the coming days as detailed above.

What do you think could be done to improve those?

I still have no idea why I was told that a clinical pharmacist would be able to advise me when she clearly knew even less than I did myself.  It would have been better to have been told straight away by the receptionist to phone 111. I had assumed that the GP surgeries had been given protocols for how to handle enquires from suspected COVID patients – but it appeared that they hadn’t at that time.  I hope that they have by now.

The online messaging about fever and cough has been too simplistic. For example, I think it should ask if you’d had a fever in the last 24 hours rather than if you have a fever now.

What would you say about your overall experience?

Given that the pandemic was rising and the NHS in danger of being overwhelmed, we were very grateful for the help we did get and relieved that we didn’t end up needing to be hospitalised.

Who/what else helped you?

Medicine deliveries from my brother. We soon ran out of flu remedies – we had anticipated possible fevers for 7 days, not 18 days!

What would you say to someone in your position now?

Don’t hesitate to phone NHS 111 or your own surgery and ask to speak to your GP. 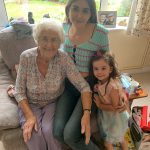 A story of services within Bucks working together 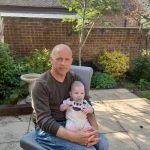