…but those who do raise concerns see improvements. 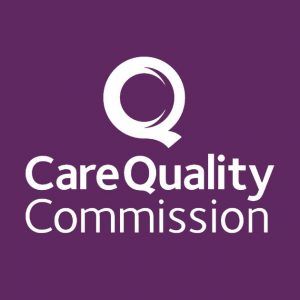 The CQC has found that over the past 5 years, nearly 7 million people had concerns about their health or social care, but never raised them. And, over half of these people regretted not complaining.

The most common reasons for not raising a concern were:

In addition, over a third of people (37%) felt that nothing would change as a result.

However, when people did raise a complaint, the majority found their issue was resolved quickly (66%). They were generally happy with the outcome and helped improve the service.

The majority of people who did raise a concern or complaint wanted to make sure that care improved for others. This included wanting to improve the care they, or a loved one, had received (61%) and improve care for everyone using the service (55%). A smaller number also hoped for an apology or explanation (26%).

The main concerns were delays to a service or appointment, lack of information and poor patient care. Additionally, over a fifth indicated that they were concerned about the lack of communication between health and care services.

We know that when people raise a concern they have a genuine desire to improve the service for themselves and others. We also know that the majority of services really appreciate this feedback and make positive changes, as this new research shows.

We want the NHS and social care system to provide the safest, most compassionate care in the world. This means encouraging patients to speak up with concerns, ensuring we act on them and learning from what happened so we can do better in future.

We know that the best way to encourage people to come forward is to highlight the difference feedback makes to the way services are run. It may only be something seemingly small, like a change to the menu in a care home canteen, but to the people being cared for it is important to see their views resulting in change.

Setting a positive culture around feedback is a vital part of ensuring that when more serious incidents arise, these too are put right and learnt from.

You can give feedback on any local health and social care service on our site. Just find the service by using the search bar below, or get in touch.

Not found? You can still send us feedback

What do people know about Live Well Stay Well?