Rachel on living with depression

“I wish people understood that it isn’t a choice” 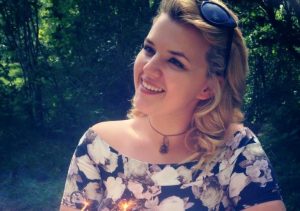 I’ve had a problem with depression since I was 11 but never really recognised it for what it was, I just always thought that I felt a bit down.

I went to a school counsellor the whole way through school but it was never pulled up as a problem. It really affected my school work and I hated being there. I spent most of sixth form on my own and because of my depression I didn’t do as well as I wanted in my exams, it was so demoralising.

I had planned to go straight to university, instead, I went to Canada to try and get away from it all. It was so different, a breath of fresh air and it allowed me to recognise what was going on. When I came back, it hit me hard but I had a network of new friends, so I never considered seeking help.  By the time I got to my masters degree I was living with constant ups and downs. I was trying to keep myself together a lot and remain “normal”, but when everything came crashing down I decided I needed to do something about it.

I remember sitting outside on the drive and phoning my GP in Bucks, I asked for an emergency appointment. The woman on the phone was so helpful, she said: “do you need immediate attention if so we can help you?”. The GP was fantastic, she was the first person to acknowledge my depression as an illness that I actually have, not just something I’m feeling. It was a turning point for me. We spoke through all the options she could give me and I ended up on a course of pills. She also recommended that I do Cognitive Behavioural Therapy and asked me to do a self-referral, that’s where I fell down. The nature of depression is that you’re not driven to do things like that and I feel like I could have had more support.

The doctor said I should go on a 6 – 12-month course of anti-depressants, after 4 weeks I ran out and I haven’t been able to get an appointment since. I’ve had phone appointments but they aren’t always convenient and if you ring back you aren’t able to speak to anyone right away.  Given that I have depression I find it difficult to understand, they don’t know what kind of situation I’m in now, I could be suicidal. It feels like unless you sit there and demand attention, you aren’t really a priority. It’s a difficult situation because the doctor was so fantastic, to begin with.

I think local healthcare is doing more about it now, you see more leaflets and things, but is that enough? It’s good to see that they’re starting to make an effort but people need to talk about it. I would say that there needs to be more of a follow-up system, I’ve been left to it and there needs to be a way of keeping in touch with people and keeping them on the radar. Whether that means having a dedicated person for patients to talk to, directing people straight away to charities or offering peer support while the person is waiting for treatment.

I wish people understood that it isn’t a choice. Losing my dad was really difficult and you can’t choose to not be depressed, it doesn’t help to decide to have a good day. You do things that you like to do but sometimes they don’t help. To someone in my position now I would say don’t be scared of making the contact and getting the help, depression isn’t a dirty word and there shouldn’t be any stigma attached to it. It definitely turned things around for me and I’ve got to grips with it a lot now I know it’s nothing to be ashamed of.

In my situation, it hasn’t worked out so far, but just acknowledging it and talking about it has helped.

If you are living with depression, or any other mental illness, you can find services to help and support you on our Signposting page.

2 comments on "Rachel on living with depression"