Dave on losing his daughter to cancer

Home » Real Stories » Dave on losing his daughter to cancer 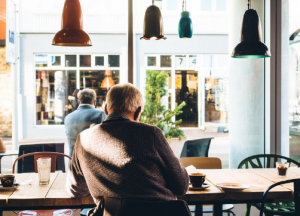 My daughter Sofia was diagnosed with lung cancer in September 2016, after becoming ill with what we thought was a bad chest infection.

She was generally healthy and there was no reason to be concerned, so when her chest infection wouldn’t shift we just assumed she was run down, or perhaps had something like bronchitis. The problem with lung cancer is that it’s often not spotted until it’s in the later stages.

By August 2016 she was very tired and antibiotics did not seem to be working. The GP was great and took our concerns seriously. They sent her for a chest x-ray and the results came back very quickly. There was a big shadow on her left lung. From there, things moved pretty quickly. Although we knew by then there was a possibility it could be something serious, we were still in complete shock when she was diagnosed with stage 2 lung cancer. Sofia was only 28 years old.

Sofia always had a huge sense of determination and her cancer diagnosis didn’t change this. She knew there was a possibility it could be terminal but she never once asked how long she had to live. If anything she lived with more vivaciousness than she had done in her previous 28 years. She was constantly in touch with friends and family, went out to dinner and went on holiday. The support was overwhelming and I’m not sure we would have been able to cope as well if it weren’t for this huge outpouring of love. Sofia also reached out to Macmillan Cancer Support who were able to help us, she talked to other people going through the same illness and I think it made her feel less alone.

Sofia was offered a round of chemotherapy and round of radiotherapy to which she took both. The chemo was incredibly gruelling and really took it out of her, but she pushed through. She wore beautiful scarves when she started to lose her hair and even cut it herself when she decided it was getting too thin. The nurses at Stoke Mandeville Hospital were so kind and were often there to hold her hand through the long days. It was this care, and the treatment at the hospice which she went to when we were unable to get her pain under control, that really stood out for us. They never treated her any less than she deserved and were always on hand to ensure that she was comfortable and could eat. We were allowed to stay with her and the family were constantly around.

By July 2017, Sofia was very ill and although we had known all along that it was probably terminal, this is when we really came to accept it. It was an incredibly difficult time for all of us, how do you cope when you know that you are going to lose the light of your life? What really helped us was spending as much time together as possible, it’s only when you are going through something like this that you realise how precious the smallest hugs, handholds and laughs are.

To someone in our position now I would say don’t give up hope and stay loving. It is your love for them that will keep you going through the darkest, longest nights. I think it’s important to know, however, that there may come a time when you need to start preparing realistically. Often this is through talking with your loved one about their illness and putting measures in place to ensure that they have a dignified death, in the way that they want.

Sofia didn’t want to leave home and the district nursing team from Stoke Mandeville were fantastic. We had carers who came in throughout the day and towards the end of her life the nurses were on call 24/7 to make her comfortable. The one thing I will say is that we were lucky that my wife and I were able to look after her. I don’t know what we would have done had we not been there, as the amount of care really wasn’t enough. I think there needs to be more in place to support people who don’t have access to time or the finances to pay for carers.

Sofia died in August 2017, on a beautifully warm day at dusk. Dusk was her favourite time of day and it’s as if she was called home right on time. I suppose you could say it was expected but I guess we always thought we’d have a few more hours, a few more days.  After she passed away, we stayed with her, cried with her, talked to her, hugged her. We also invited all our family over to see her. I think it’s important that people do this as it allows everyone to spend some final time with their loved one.

Saying goodbye to Sofi was, without doubt, the hardest thing I have ever done and ever will do in my life. There’s not a day that goes by where I don’t think about her and the injustice of the situation is sometimes overwhelming. She was the most beautiful character, so witty, so wise, with a laugh that could light up any room.

In the aftermath of losing her, my wife and I have sought solace in each other, in travel and in talking to people who have been through the same experience.

Losing a child is something no parent should have to go through, but if there’s one thing I can say, the excellent care that Sofia received throughout her cancer helped take the burden off us.

One comment on "Dave on losing his daughter to cancer" 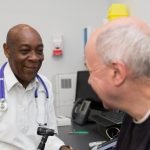 Our report on cancer services during COVID

Have you used Cancer Services before and during the COVID-19 pandemic?