What do the figures say? 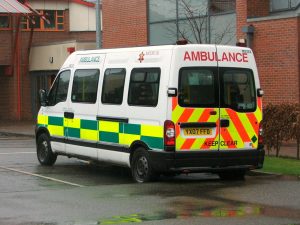 As part of Healthwatch England’s work to understand people’s experiences of leaving hospital they have published a new analysis of NHS emergency readmissions data.

What are emergency readmissions?

An emergency readmission is defined by the NHS as anyone who has to return to hospital for unplanned further treatment within 30 days of leaving.

This covers unforeseen readmissions, such as people receiving chemotherapy having to be readmitted because of side effects. It also covers cases where people have been discharged too early or without the right social care support in place.

Why did they do this work?

Earlier this month, they shared what over 2,000 people told local Healthwatch about their experiences of being discharged from hospital.

This included joint work from Healthwatch Bucks led by Healtwatch Windsor, Ascot and Maidenhead and included the experiences of people who, once having left hospital, were readmitted within a short period. When they looked into the data to see what it could tell them about people’s experiences of being readmitted to hospital, they found that no complete national dataset has been published on this since December 2013.

They then asked hospital trusts across England for a day-by-day breakdown of their emergency readmissions data for each of the last five years.

What did they find?

In 2016/17 there were 529,318 emergency readmissions reported by 84 hospital trusts. When they looked at the full data provided by 72 hospital trusts, they found that:

Whilst not every emergency readmission is the result of a poorly managed discharge, such a high proportion of people returning to hospital within a short period raises important questions, such as:

Although the number of people experiencing an emergency readmission is comparatively small when we consider the huge numbers of hospital inpatients treated each year, it is important to remember the impact it has on people when discharge processes don’t go according to plan.

Reducing inappropriate emergency readmissions also needs to be a priority for the health and social care sector, as each case adds additional burden to a system which is struggling to free up beds.

Do you have any experience with emergency re-admissions to Stoke Mandeville or Wycombe hospital? You can let us know by leaving feedback through the link.