Experiences of discharge from hospital

A joint project with other Local Healthwatch

In early 2016 Healthwatch Windsor, Ascot and Maidenhead (WAM) asked us to collaborate on a survey looking at experiences of discharge from hospital.

The work was led by Healthwatch WAM with collaboration from other local Healthwatch including Slough, Wokingham, Bracknell Forest, Hampshire and Surrey. The survey focussed on hospitals run by Frimley Health NHS Foundation Trust. These include Wexham Park, which many residents from South Bucks use.

We promoted the online survey via our website throughout November and December 2016. Unfortunately, we didn’t have an opportunity to send our own volunteers to meet patients.

The main questions from the survey were:

What did we find?

The results showed that only about 7% of the people who took part were from Bucks. However, 53% had used Wexham Park Hospital so the findings are highly relevant.

The key findings from the survey were:

Based on the key findings, the following recommendations have been made:

Healthwatch Surrey sent the report to Frimley Health NHS Foundation Trust and received a full response to the recommendations. 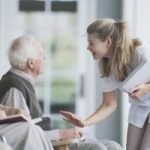 Back on Track 2 – more experiences of Council Services