Pharmacies in England could face steep funding cuts within weeks that will force some to close, the industry’s negotiating body has said.

The BBC is reporting proposed cuts to pharmacy services across the country:

The Pharmaceutical Services Negotiating Committee told the BBC the Department of Health has drawn up proposals to cut funding by 12% from December. It said the cuts were “madness” and would damage the NHS and social care. The Department of Health said no final decision had been made. An announcement is expected shortly.

Plans for a £170m cut this year were delayed after 2m people signed a petition opposing the change.

Pharmacies get around 90% of their income from the money government pays for dispensing prescriptions. It costs the taxpayer £2.8bn a year.

What do you think? Are there savings to be made or is this a real threat to services? You can tell us in the comments below.

Your views on using your local pharmacy 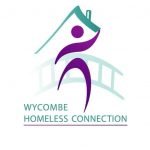