Research into the views and experiences of Black, Asian and Minority Ethnic Carers in Bucks

We engaged 44 carers from BAME communities through one-to-one meetings and focus groups and discussed services including NHS hospitals and dentists, GPs, District Nurses and the NHS 111 helpline

Home » Results » Research into the views and experiences of Black, Asian and Minority Ethnic Carers in Bucks 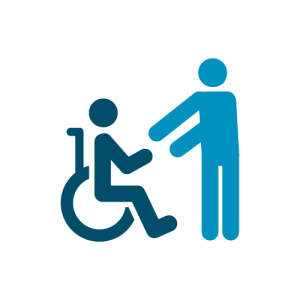 There are an estimated 6,932 Black, Asian and Minority Ethnic (BAME) carers in Bucks. In 2011, Carers UK published a report into the experiences of BAME carers which stated that they provide more ‘care’ than average.  Furthermore it reported that BAME carers face additional difficulties as they care, struggling with language barriers, accessing culturally appropriate services and with stereotyping around caring.  This puts them at greater risk of ill health, poverty, loss of employment and social exclusion.

In July 2014, Carers Trust Thames was commissioned by Healthwatch Bucks to explore the views and experiences of BAME carers in the county to establish whether a similar set of concerns exist for them.

The project aimed to gather qualitative feedback from carers in the BAME communities in Buckinghamshire on their views and experiences of health and social care services.  It also looked to identify any barriers they the carers faced due to their ethnicity.

From this research, it was clear that many BAME carers are unaware of the services that exist to support them.  However, without comparing their responses to those of white British people, it is not possible to say whether those from BAME communities were aware of and accessing services more or less than those from the majority ethnicity.

Understanding the views and experiences of Black, Asian and Minority Ethnic Carers in Buckinghamshire

Your council, your services, your views